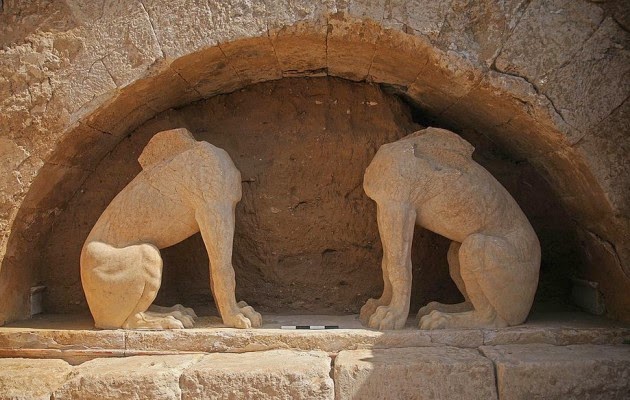 Unfortunately due to the large volume of the monument, exploration and excavations continue, archaeologists have not yet said who is the owner of the tomb. We hope soon to have news and who knows .. the SX7AMF will be back on the air! Surely the tomb hiding big secrets, and ancient history, not only for Greece but Worldwide.
We would like to thank you all , and perhaps we will "see" you again  after the announcements of the archaeologists.

From the 4th till 30th of September 2014 the special event station SX7AMF (Ancient Amfipolis) will be activated from SZ7SER and it's issued for the findings and the great revelations of the excavations of the biggest ever Macedonian tomb which came to light by Greek archaeologists in ancient Amphipolis, in August 2014, dating back to 300 years BC, with a circumference of 497 meters. The Ancient tomb is located 40 kilometers southeast of the city of Serres Eastern Macedonia in Greece.  Excavations are still continuing and archaeologists will soon announce who owns the tomb...
The special call will be transmitted in all bands at the following modes: CW, SSB, PSK, RTTY.

For the stations that will make 5 contacts in different bands or modes or mixed , there is a REWARD in A4 size paper in pdf format. The stations will make 10 different contacts will take "The Gold Paper Reward " of SX7AMF by mail for free !! You have only to send your contacts by E-mail to infosz7ser(at)gmail.com  and ask for it . The Greek Partners need 2 contacts. The direct QSLs (via SZ7SER) and the REWARDS will be send to you till the end of October.

Google Translation of the notes from Archelogist Mr Nikos Akamatis',   who sent to SZ7SER  about Ancient Amfipolis. We would like to thank him from here, It's a honor for the club to have his scientistic thoughts just for us. Thank you Mr Akamatis again ! We are very excited !

AMFIPOLIS
Amphipolis was in ancient times one of the most important cities in Macedonia. The possibility of exploiting the navigable river Strymon, the proximity of the sea and mines Pangee and position of the city, was the passage of Halkidiki in Thrace, led to lasting development. Amphipolis was founded in 437 p. Ch. Settlement in place of "Nine Odoi 'by the Athenians with settler and pure, but quickly removed from the politics of the metropolis, taking the part of the Spartans in the Peloponnesian War. To 422 p. Ch. Before the walls were killed in a major battle, the generals of the Athenians and Spartans, Cleon and Brasidas. The latter, indeed, was buried with great honor in the town market. In the years that followed, Amphipolis tried to bring under their control the Athenians, Macedonians and Halkida. The 358-357 p. Ch., The city was conquered by Philip II and remained under Macedonian control until the overthrow of the kingdom. During the reign of Alexander the Great in Amphipolis concentrated much of the fleet and the army took part in the Persian expedition and the city itself have spent the greatest admirals of Alexander, Nearchus, Androcles and Laomedon. O Cassander after the death of Alexander the Great banished Amphipolis young son, Alexander IV and his wife, Roxanne.
During the Hellenistic period, Amphipolis remained an important military and economic center of ancient Macedonia.After the overthrow of the Macedonian kingdom and the separation of the four sections of the Romans designated the capital of the "first tranche". In the Roman period, the crossing of the Via Egnatia, which connected Asia with the West, was an important reason which led to preserving the strategic position of the city. In early Christian times, Amphipolis became Bishop remained significant urban center. The prosperity lasted until the 8th the 9 or the century. AD., during which probably destroyed by Slavic invasions.
Excavations at Amphipolis, which has brought to light very important findings from the city itself and its cemeteries, started in the early 20 th century, from 1956 became systematic character and continues to the present day with several interruptions. The most impressive monuments of Amphipolis one wall, kept in very good condition outperforming several parts of the 7m. in height. Did towers, gates and drains to remove rainwater. Extremely rare find are the dozens of piles of wooden bridge that connected with the gate of the wall and allow passage of the Struma. In addition, important public building was the high school, which had a hall bath, outdoor area intended for exercises and events, galleries and ancillary areas. In this edifice was a large number of inscriptions and sculptures.Still, Amphipolis revealed holy houses Hellenistic tapestry with mortar, buildings of the Roman era and Early Christian monuments. The last royal to include well-preserved mosaic floors and hexagonal temple in a circle.
Apart from the walled monuments, important are the findings from the cemeteries of Amphipolis. Archaeological research has revealed cist, cist and tile graves are dated from the Archaic to the Roman times. Also identified and Macedonian tombs of the Hellenistic era. Very interesting is the mound in place of caste, which is the largest in the Macedonian area with a perimeter of about 487m. Diameter of about 165m. and a height of about 21m. The tomb was, that was partly natural, constructed by transferring huge amounts of soil, sand, conglomerate stone and other materials. At the bottom of the demarcated from carefully structured enclosure, while the top of the podium was detected, which was probably located one of the most famous works of funerary sculpture of the late 4th century BC. Ch., The "lion of Amphipolis." So far, within the tumulus graves identified several Iron Age and archaic. However, apart funerary monument with three chambers likely, that time may be placed in the last quarter of the 4th century BC. Ch. Monument was decorated with sculptures antopon Sphinxes on the pediment of the facade and female figures at the entrance of the first to the second chamber, with colorful plaster walls and architectural elements, and floor with marble inlays in the first chamber. The particular architecture, the sculptural decoration of the tomb and the size of the tomb are data reinforce the view that the tomb belonged to a person with outstanding social status and significant financial standing.
Akamatis Nikolaos
Archaeologist

Translation in your language

Helicopter View of the Tomb 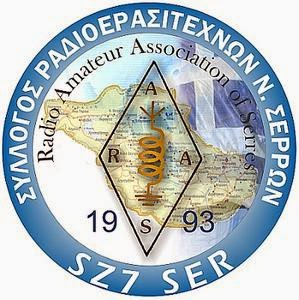